Anything You Want To Be - LianeBrandon

Anything You Want To Be

A film by Liane Brandon

…a groundbreaking work of the Women’s Movement

Anything You Want To Be was one of the earliest and most popular films of the Women's Movement.  Made in 1971, this groundbreaking film about a teenager's humorous collision with gender role stereotypes was one of the first to explore the external pressures and the more subtle, internal pressures a girl faces in finding her identity.   Despite her parents' assurance that she can be "anything she wants to be," she is repeatedly foiled by social expectations and media stereotypes.

Anything You Want To Be is a founding film of New Day Films. It was restored with a grant from the Women's Film Preservation Fund and was recently honored with screenings at the Museum of Modern Art in NY, The Barbican Centre in London and at the Tribeca Film Festival.

“…with its canonical status as a first in feminist filmmaking, it offers arresting historical evidence for the early years of second wave feminism.”

Joyce A. Berkman, Professor Emerita of History, University of Massachusetts

“ ...a biting satire of the pressures that force women to compromise their individuality and intellectual goals to assume a constantly changing identity of femininity.”

“A timeless classic: fascinating in the present and wonderful for historical perspective.”

Anything You Want To Be 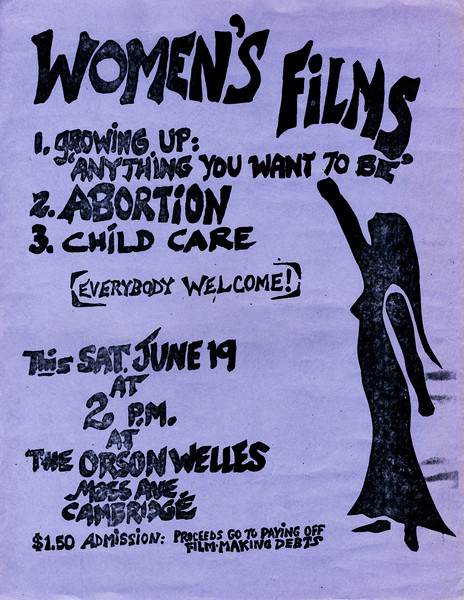 Anything You Want To Be at the Orson Welles Theater 1971